Lawsuits Against the Government

Previous Next
Lawsuits Against the Government 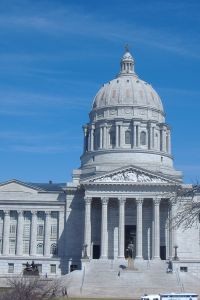 Many people are under the mistaken belief that it is in their advantage to sue the government.  Many just assume that because they sue the government, the government will be anxious to settle.  This is false for a number of reasons, but the first two reasons are the most important.

The most likely scenario is the government will either fail to respond or deny your claim.  When and if they do, at that point you will be eligible to file your lawsuit in the appropriate court.

Once your case goes to court, you must then deal with a tactical disadvantage.  Every government agency employs attorneys that are specifically employed to fight lawsuits.  These attorneys are civil servants, and they will receive the same paycheck regardless of whether they settle your case in days, or drag it out for years.  When your case is resolved, the attorney will simply move on to the next one and collect their standard paycheck.  Simply put, there is no incentive for the government to save attorney costs by settling your case early.  In fact, it is in the government’s advantage to drag the case out and thus make the other side more likely to settle.

With these two factors in mind, remember it is not a quick and easy lawsuit to sue any government agency.