Lawyers, Agents, and the NFL Draft

Previous Next
Lawyers, Agents, and the NFL Draft 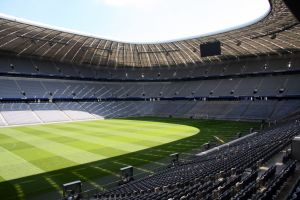 The NFL Draft begins on Thursday, April 26th 2012, and shortly after, hundreds of young players will begin to make hundreds of thousands of dollars, and some will make millions.  All major American sports hold some type of draft during the year.  The Major League Baseball (MLB) and National Basketball Association (NBA) are draft in June, and the NFL draft occurs every April.

Many of the players involved with the draft will have to learn how to manage their careers for the first time.  Many will turn to Sports Agents, and gladly turn over around 10% of all their expected future income.  An Agent has two main jobs:  1.)  Negotiate a contract for the player with the team that drafts the player; and 2.)  Help the player find off the field income such as advertising products of film roles.

What many of these young players do not realize is that an agent is not needed to negotiate a contract.  The reason for this is simple:  the contracts are more or less set in stone no matter what the agents promises.  For example, in the NFL there is a salary cap for all rookie contracts.  The first player pick will get the maximum, the second player picked will get a little less, and so on and so on……  Even the amount of years in the contract is set in stone.  Put simply, there is nothing an agent can do to help a drafted player earn a larger rookie contract.  A better solution for the player is to hire a lawyer for an hourly contract rate.  The lawyer can then go over the contract with the player and explain some of the options the player has, such as guaranteed money vs. roster bonuses.

Similar situations occur in the NBA, where there is a rookie salary cap that regulates the amount of years and amount of money in every rookie contract.  In the MLB draft there is not a salary cap, but there is a rigid “slotting” system whereby each player drafted gets slightly less then the player picked previously.

The difference between hiring an agent or contracting a lawyer to negate a contract can add up to hundreds of thousands of dollars in savings.  For example, an agent may charge 10% for his services.  10% of a million dollar contact adds up to $100,000.  On the other hand a lawyer may negate the same contract and only charge several thousand dollars.